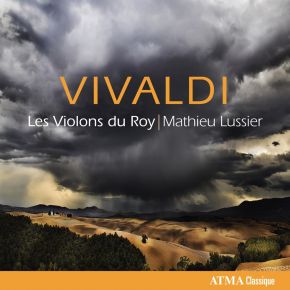 Quebec-based ensemble Les Violons du Roy presents this outstanding album, which is the ensemble’s eleventh release with ATMA Classique. Under the direction of Mathiu Lussier, this recording is made up of quintessential pieces from the 500 concertos for various instruments by master composer Antonio Vivaldi. Les Violons du Roy has won numerous awards, including a Felix for Handel Water Music, and a Juno Award for Piazzolla. Conductor Mathieu Lussier has led this ensemble though more than 80 international concerts during his tenure.