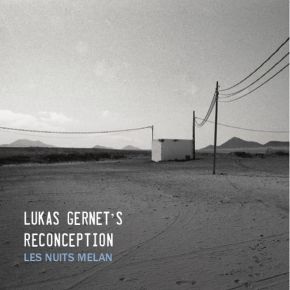 What strikes me most about this recording is the fact that five young musicians can come together with a common and relevant understanding of an aesthetic that I, for one, thought was dead and buried. Let me admit, upfront, that this makes me happy, since the recording tells me that I was wrong: this aesthetic is neither dead nor buried.
In the cultural discourse, the word commonly associated with this phenomemon is 'Renaissance'. I am aware that this is quite a big word, since its resonance in the field of the Arts carries far beyond the usually limited scope of yet another jazz recording (and, in the larger dimensions of the cultural discourse, five young guys may cause a splash, without making anyone reach out for that big word). But the essence of the word itself holds true: bringing back to the present that which actually never died, since, as this recording shows me, there will always be people emotionally involved in that which was thought to be, if not lost, then at best forgotten. Lennie Tristano (1919-1978), pianist and educator, is generally seen as the founder of this aesthetic. Lukas Gernet as bandleader takes an honest and brave stand to express his affinity to Tristano‘s view by contributing eight of the eleven compositions. They come across as well balanced, showing a solid understanding of the syntax and grammar of his precedent, both melodically and harmonically. Not only that: Lukas Gernet also builds on two aspects of Tristano‘s musical practice, which are writing new melodies to existing harmonic structures (on this recording new melodies over the standards How Deep is the Ocean and My Melancholy Baby), and the aspect of collective improvisation, meaning that two (or more) players improvise simultaneously, which, when successfully executed, renders a melodic texture called 'counterpoint' in classical music. This should not mean that Lukas Gernet as a composer only functions within the realm of Tristano; he shows his own refined harmonic stand in his pieces HTRD and Rotsee. The two saxophones (Tenor and Alto) fit perfectly into Gernet‘s compositions – both are persuing the same goal. They obviously know about Tristano‘s most prolific students, Lee Konitz and Warne Marsh. But they are in no way playing costume roles; what they contribute melodically tells me that they are at the same time aware of what happened during the last fifty years. I hear genuine respect for the aesthetical framework and its tradition, but also a clear expression of who they are in the here and now. Great work. They each also make a compositional contribution. No Fish, by tenorist Toni Bechtold, and Les nuits by altoist Martin Gasser, seem  to have been written with the coming album in mind.
I may be wrong with this feeling, since I did not ask them; but how else to explain the perfect fit of these two compositions into the overall aesthetic mode of the recording? Without adequate support from bass and drums (Rafael Jerjen and Sheldon Suter, respectively), the whole building would fall apart. We know that. And the support is there. I can‘t surpress the analogy to the emergency crew of any hospital, because I think that that is what rhythm-sections in this form of music should be about: Be there, do what is needed to keep everyone alive and kicking, but don‘t get in the way. In other words: the life-supporters in the background who don‘t get mentioned on the front page. I repeat myself: they are young, but with a strikingly high level of competence in the execution, and an astonishingly lucid understanding of the aesthetic they are impassioned by. Please take your time and give them a listen. They deserve your attention.