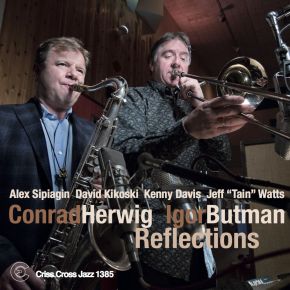 For the tenth CD that Herwig has either led or co-led for Criss Cross since 1997, he recruits trumpeter (and Criss Cross veteran) Alex Sipiagin to round out the front line, and a killer rhythm section comprising pianist David Kikoski, bassist Kenny Davis and drummer Jeff "Tain" Watts.

Well-known as the leader and guiding intelligence of the Moscow State Jazz Orchestra, Butman, in a rare sideman appearance with a combo of New York A-listers, brings his A-game, improvising with heat and logic that his partners match throughout.