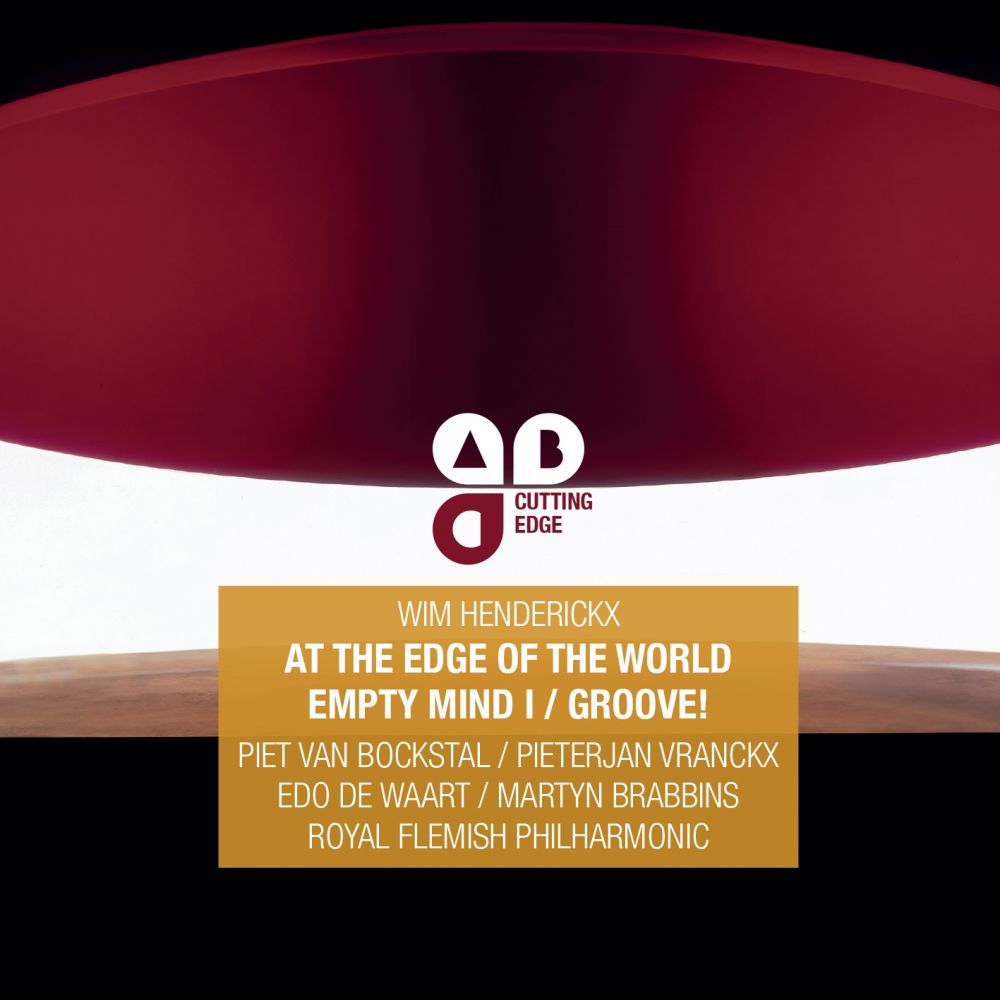 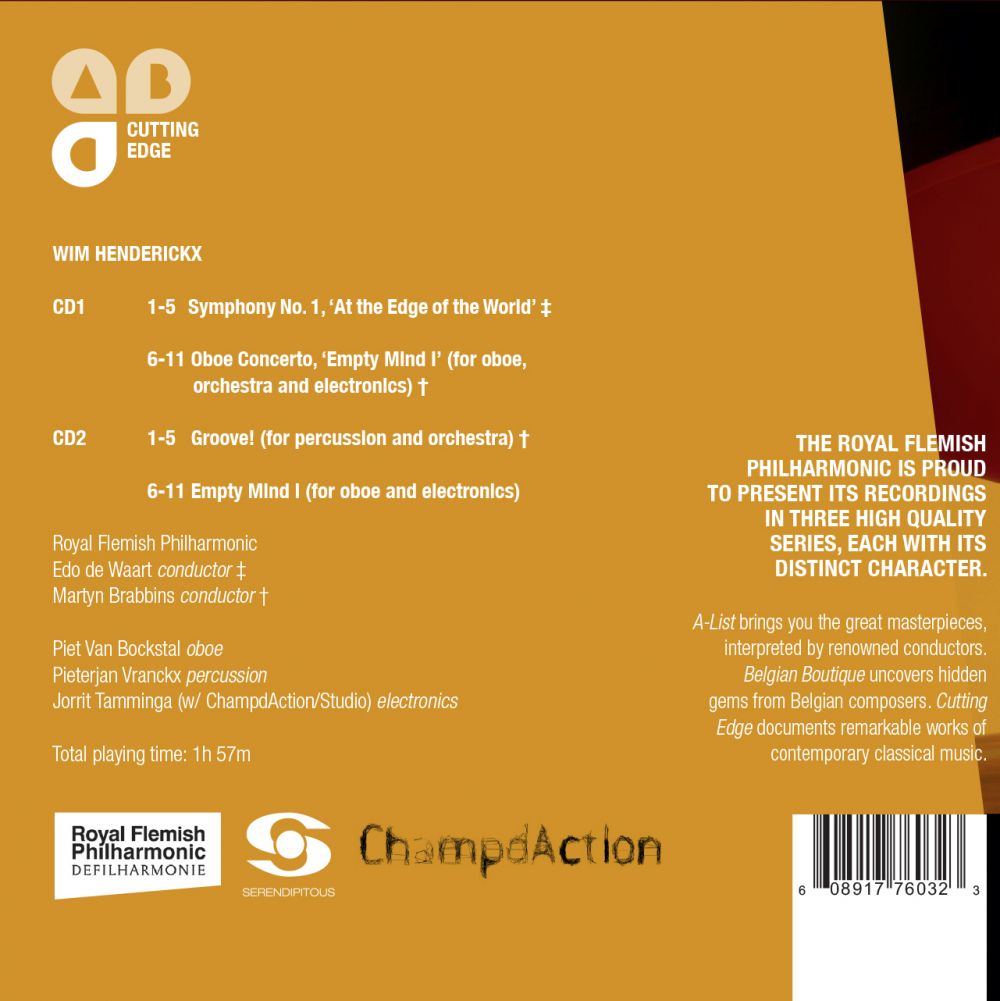 Wim Henderickx, artist in residence of the Royal Flemish Philharmonic, is one of Belgium’s most prolific contemporary composers. He is known for a style that casts its net far beyond Western music. According to Gramophone Magazine, this process of creative osmosis does not lead to an eclectic or postmodern style, but rather to a clearly identifi able and internally
consistent musical organism, ‘as if he stood back and viewed the world from a great distance, studied its many cultural forms
and practices in detail, immersed himself fully in its musical styles and traditions, then carried on much as before.’
Following the successful release of his powerful and impressive orchestral work Tejas (hailed by Gramophone as ‘a veritable
Rite of Spring for the 21st century), the Royal Flemish Philharmonic is proud to present a new double album with more
orchestral music by Henderickx. The subtitle of his Symphony No. 1, At the Edge of the World (2011), is inspired by a sculpture
by Anish Kapoor, and is in itself a fi ve-movement refl ection on space and sound. This new recording goes along with the
percussion concerto Groove! (2012), which dynamically confronts percussive and orchestral forces, and the two alternative
versions of Empty Mind I (2013-2014), for oboe, orchestra and electronics. The Royal Flemish Philharmonic plays under Edo de Waart and Martyn Brabbins and is joined by percussion player Pieterjan Vranckx and oboist Piet Van Bockstal as soloists.