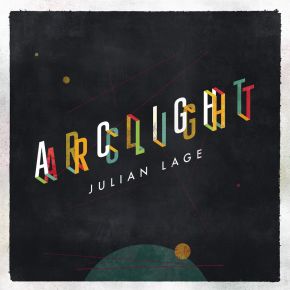 Guitarist Julian Lage is set to release Arclight, the debut album of his new trio featuring modern masters, bassist Scott Colley and drummer Kenny Wollesen. That trio has been touring in recent months—notably a concert at Carnegie Hall’s Zankel Hall in October. This album showcases Lage’s growth as a leader and songwriter, and further solidifies his status as a premier guitar virtuoso. Lage spent road time as well in 2015 touring in support of his acoustic solo record, World’s Fair; touring with Wilco’s Nels Cline promoting their duo record ROOM; playing with Chris Eldridge of the Punch Brothers; and opening for The Milk Carton Kids on their West Coast Tour. Julian has a heavy slate of dates too in the works for April and May 2016 across the country.

Julian Lage (artist)More information
Scott Colley (featured)More information
Kenny Wollesen (featured)More information
19-06-2017 Jazzism
"American guitarist Julian Lage is now 29 years old and has a sound that is completely his own"
01-10-2016 Jazzism
""Lage is not only technical very gifted, but knows how to amaze and move the listener every time with his performance. Unbelievable how he can make his virtuosity sound so fluent and almost 'easy'. ""
23-08-2016 Written in Music
"Lage is not only a technical master but he also knows how to surprise and move people. "
01-07-2016 Doctor Jazz Magazine
"This CD is a party for gitarists and for anyone who likes firm, contemporary jazz approach.
"