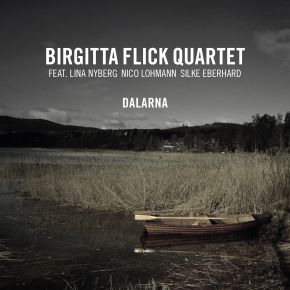 She is German, number 48 in the phalanx of "Jazz thing Next Generation", a Hall of Fame of outstanding young musicians who have given jazz a new face and a new sound in their homeland. Nevertheless, Brigitta Flick seems more Swedish than many other musicians from the land of the moose. The culprit is an Erasmus semester, which the tenor saxophonist (who was born in Neubrandenburg and lives in Berlin) spent in Stockholm and which fundamentally changed here. "I met many musicians, played a lot, started to learn Swedish and became interested in the culture and the people. There are a lot of jazz musicians who deal with the folk music, and most of them have a background in folk music. This is very different in Germany; you do not deal with traditional music if you are a jazz musician. "
The much acclaimed debut album "Yingying" (DMCHR 71121) of 2013 by the Brigitta Flick Quartet sounded accordingly. Now a more intense immersion in the sound worlds of Sweden is being released with the successor "Dalarna”, an absorption of the omnipresent serenity and tranquility there as well as an acoustic coloring of the vast landscapes and the countless lyrical sanctuaries. In eleven songs, Brigitta Flick composed an unusual, archaic, emotional suite, influenced by traditional folk songs, hymnals and traditional hymns for her quartet and her three guest musicians (vocalist Lina Nyberg, alto saxophonist/flutist Nico Lohmann and bass clarinetist Silke Eberhard). The center of inspiration is in Dalarna, which Hans Christian Andersen described in his travelogue of 1851 as follows: "Painters and poets, take each other by the hand and come up to Dalarna. The poor country is rich in beauty and poetry, but richest at Lake Siljan."