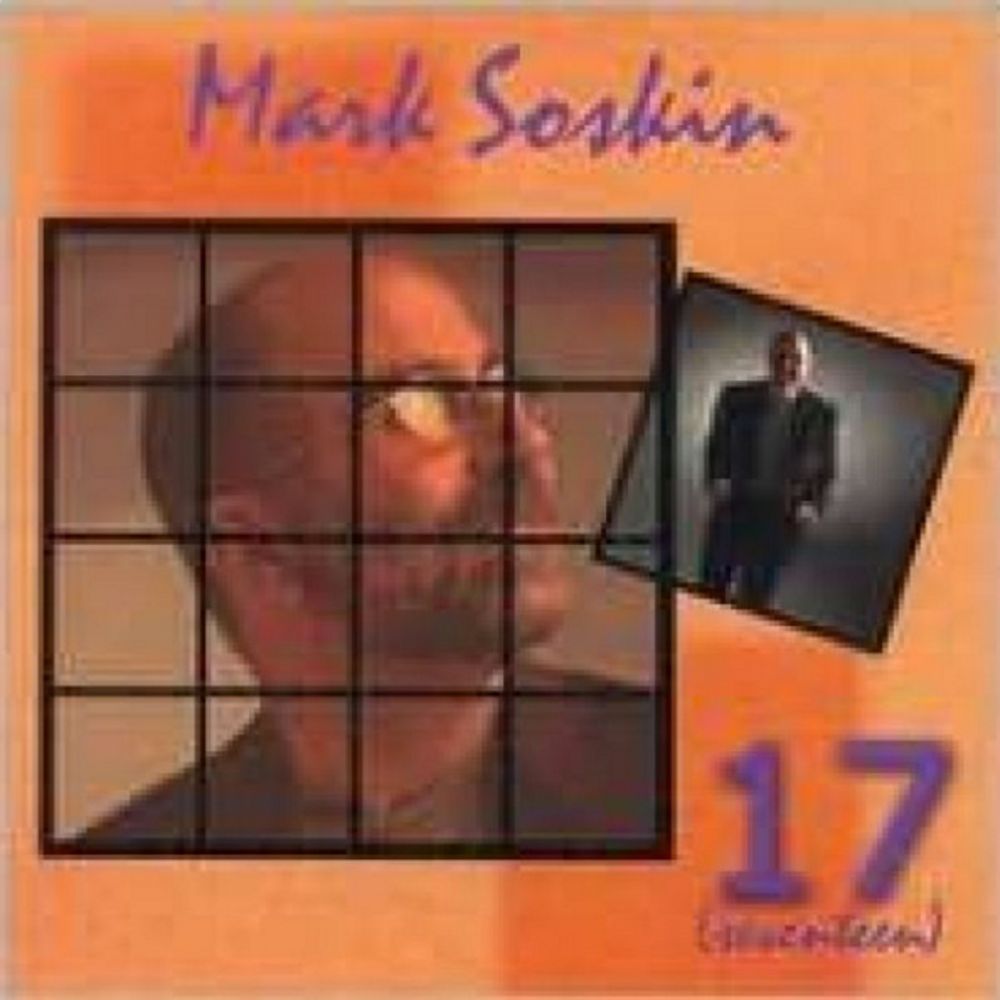 Mark Soskin is a perfect example of a jazzman who has impressive sideman credentials but hasn't done nearly enough recording as a leader. Though the pianist/keyboardist has been keeping busy as a sideman since the 1970s, he had recorded less than five albums of his own when the 21st century arrived -- and this is a guy who is talented enough to have played with Sonny Rollins and Billy Cobham extensively. So when the Swiss TCB label released 17 (Seventeen) during the summer of 2001, Soskin's admirers couldn't help but be thrilled to see him coming out with something new. Though Soskin is quite capable of playing fusion or jazz-funk on the electric keyboards, 17 is very much a straight-ahead post-bop date in the Cedar Walton/Kenny Barron vein. Soskin sticks to the acoustic piano, and he leads a cohesive acoustic combo that includes Tim Hagans on trumpet and flügelhorn, Billy Drewes on tenor and soprano sax, Jay Anderson on bass, Matt Wilson on drums, and Daniel Sadownick on percussion. The pianist swings aggressively on Bud Powell's Cuban-flavored "Un Poco Loco" but, overall, Soskin and his colleagues tend to be very pensive and reflective -- that is true on pianist Bill Evans' "Time Remembered" as well as Soskin originals like "Elysian Fields," "Pals," and "Manfredo's Fest" (which is named after pianist Manfredo Fest). An album this pensive calls for lyrical soloists, and 17 has exactly that in Soskin, Hagans, and Drewes. That isn't to say that the CD doesn't swing -- 17 is consistently swinging, but it rarely swings in an in-your-face sort of way. This pleasing album makes one wish that Soskin's catalog were much larger.

Mark Soskin was born July 12, 1953 in Brooklyn, N.Y. Soskin has recorded and performed with such diverse musicians as Sonny Rollins, Joe Henderson, Randy Brecker, Billy Cobham, Buster Williams, Eddie Henderson, Stanley Turrentine, Cornell Dupree, Herbie Mann, John Abercrombie, Claudio Roditi, Sheila Jordan, Gato Barbieri, Joe Locke, David"Fathead"Newman, Mark Murphy, Slide Hampton, Pete and Sheila Escovedo, Bobby Watson, Miroslav Vitous, The NY Voices and others. Soskin attended Colorado State University where he pursued classical studies, but at this time his interests in jazz music were growing. In 1973 he enrolled in The Berklee College of Music, studying composition as well as arranging. In Boston he began to work professionally until moving to San Francisco, eventually going on to work with some of the west coast's finest players. Shortly after arriving in San Francisco, Soskin was introduced to the Latin music legend, Pete Escovedo. Along with Pete's daughter, percussionist Sheila. E, they toured and recorded as Azteca, a group in which Soskin's keyboard, writing, and arranging talents were showcased. Eventually, the group, which now included Tom Harrell on trumpet, went on to record two discs for Fantasy Records, produced by drum ace Billy Cobham. Soskin was enlisted in Cobham's band, a stint that lasted for two years and which produced two recordings for Columbia. Between tours for Cobham, Soskin did a tour and live recording for the CBS All Stars with Tom Scott, Alphonso Johnson, Steve Khan, and Billy Cobham. At this time Soskin was very active as a session player at Fantasy studios in Berkeley, California and veteran jazz music producer Orrin Keepnews took notice. Soskin signed his first recording contract with Prestige (a subsidiary of Fantasy) produced by Keepnews, entitled "Rhythm Vision." This featured the likes of Benny Maupin and Harvey Mason with the album eventually making it into Billboard's top ten Jazz Chart. Keepnews introduced Soskin to Sonny Rollins, which started a long, fruitful collaboration (14 years). Besides the extensive touring throughout the world, Soskin can be heard on a number of critically acclaimed recordings with the tenor sax master, including a video,"Saxophone Collosus”.