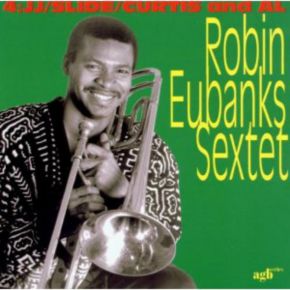 The title, if you couldn't figure it out, refers to the trombone legends J.J. Johnson, Slide Hampton,Curtis Fuller and Al Grey. Eubanks proves himself a more than capable heir to their legacy on this highly satisfying album of bop and post-bop. He and a fine band (Mike Cain, Lonnie Plaxico, Gene Jackson, Antonio Hart) offer six originals inspired by his trombone mentors, plus three standards. Of special note is the first appearance on record of Robin's brother Duane on trumpet, a promising addition to a talented musical family.