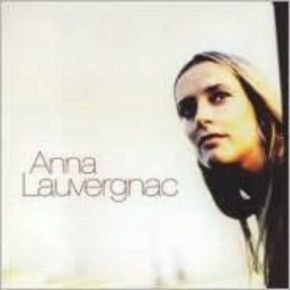 In many European countries, it isn't uncommon for people to study English as a second language and become fluent at an early age. Consequently, the continent is full of talented jazz singers who have no problem expressing themselves in English even though it isn't their primary language. From Sweden's Jeanette Lindström and Denmark's Caecilie Norby to the Netherlands' Soesja Citroen, many European jazz vocalists sound perfectly comfortable in English -- and the same thing can be said about Italy native Anna Lauvergnac. The vocalist shows a lot of promise on this self-titled debut album, an enjoyable, if imperfect, cool jazz/post-bop effort that employs mostly European musicians. Lauvergnac's English is quite good, and even though she sings with a slight accent, she is easily understandable. Lauvergnac is also expressive, but in a subtle, understated way. Far from a belter, Lauvergnac obviously admires jazz' cool school, and her tasteful performances of well-known standards like "You Must Believe in Spring" and Billy Strayhorn's "Day Dream" give the impression that she has spent a lot of time listening to Chris Connor, Julie London, and other cool-toned goddesses. Lauvergnac doesn't get into any high-speed scatting or complex vocalese on this Swiss release, which emphasizes torch singing and values feeling over technique. The CD's main shortcoming has to do with her choice of material -- like so many 21st century jazz artists, Lauvergnac takes the easy way out and inundates listeners with standards that have been done to death over the years. She would do well to take a hint from British jazz singer Claire Martin and become more adventurous and less conventional when choosing songs. But while this album isn't as chance-taking as it could have been, it is consistently likable and demonstrates that Lauvergnac is well worth keeping an eye on.

"Lauvergnac takes the easy way out and inundates listeners with standards that have been done to death over the years" ? There are 2 original songs, and 3 songs that are scarcely ever done, so the comment about inundating the audience with done to death standards is really untrue, and disrespectful. -Anna Lauvergnac