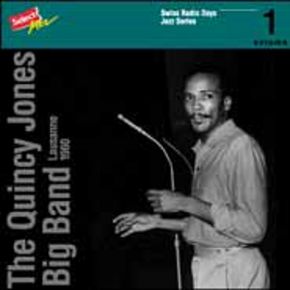 Quincy Jones led one of his finest orchestras in 1960. This spirited CD is taken from a live concert (and radio broadcast) from Switerland. With such soloists as trumpeter Benny Bailey, trombonist Jimmy Cleveland, altoist Phil Woods, Jerome Richardson on tenor and baritonistSahib Shihab (among others), the repertoire mostly sticks to bebop. Surprisingly enough not all of the arrangements heard on the CD are Jones's; there are also swinging charts from Ernie Wilkins, Billy Byers, Melba Liston, Phil Woods and Al Cohn. This well-recorded and previously unissued performance (which came out for the first time in 1994) makes one wish that Quincy Jones would return to jazz someday.