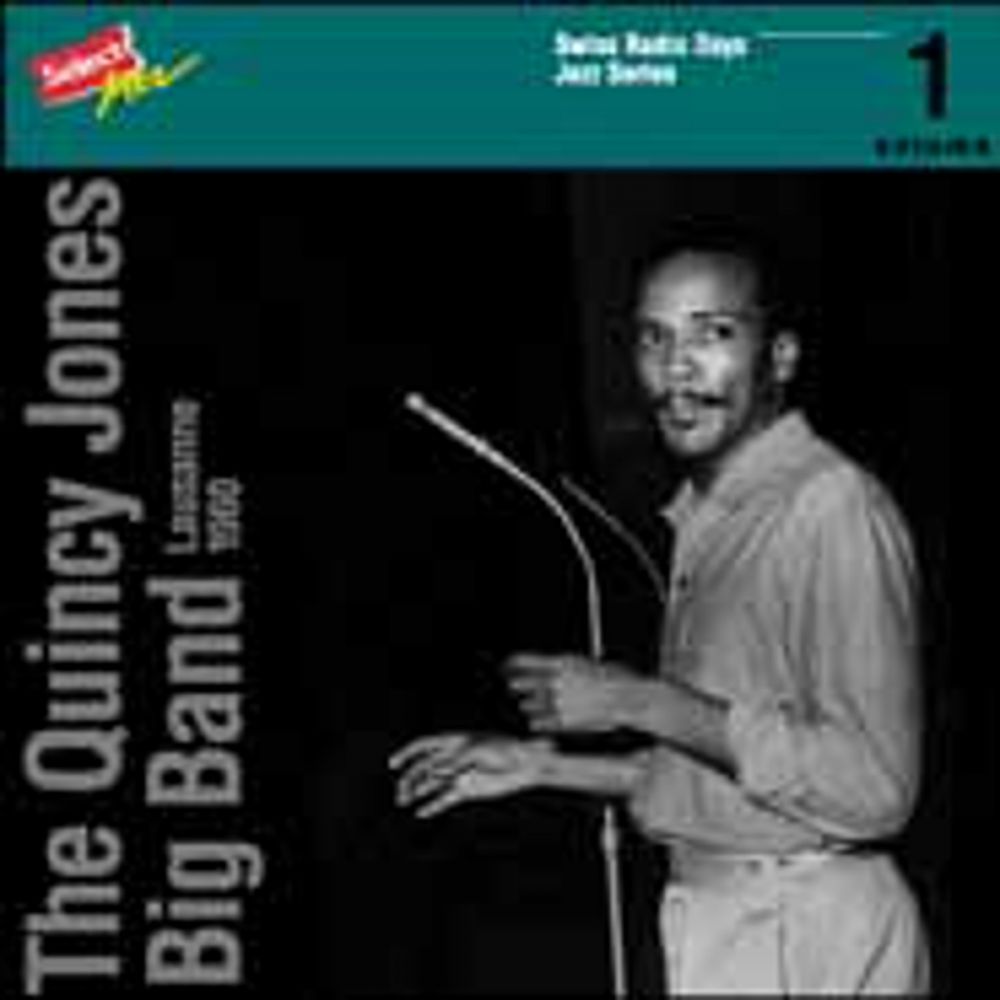 Quincy Jones led one of his finest orchestras in 1960. This spirited CD is taken from a live concert (and radio broadcast) from Switerland. With such soloists as trumpeter Benny Bailey, trombonist Jimmy Cleveland, altoist Phil Woods, Jerome Richardson on tenor and baritonistSahib Shihab (among others), the repertoire mostly sticks to bebop. Surprisingly enough not all of the arrangements heard on the CD are Jones's; there are also swinging charts from Ernie Wilkins, Billy Byers, Melba Liston, Phil Woods and Al Cohn. This well-recorded and previously unissued performance (which came out for the first time in 1994) makes one wish that Quincy Jones would return to jazz someday.

An impresario in the broadest and most creative sense of the word, Quincy Jones’ career has encompassed the roles of composer, record producer, artist, film producer, arranger, conductor, instrumentalist, TV producer, record company executive, magazine founder, multi-media entrepreneur and humanitarian. As a master inventor of musical hybrids, he has shuffled pop, soul, hip-hop, jazz, classical, African and Brazilian music into many dazzling fusions, traversing virtually every medium, including records, live performance, movies and television. Celebrating more than 60 years performing and being involved in music, Quincy’s creative magic has spanned over six decades, beginning with the music of the post-swing era and continuing through today’s high-technology, international multi-media hybrids. In the mid-50’s, he was the first popular conductor-arranger to record with a Fender bass. His theme from the hit TV series Ironside was the first synthesizer- based pop theme song. As the first black composer to be embraced by the Hollywood establishment in the 60’s, he helped refresh movie music with badly needed infusions of jazz and soul. His landmark 1989 album, Back On The Block–named “Album Of The Year” at the 1990 Grammy Awards– brought such legends as Dizzy Gillespie, Ella Fitzgerald, Sarah Vaughan and Miles Davis together with Ice T, Big Daddy Kane and Melle Mel to create the first fusion of the be bop and hip hop musical traditions; while his 1993 recording of the critically acclaimed Miles and Quincy Live At Montreux, featured Quincy conducting Miles Davis’ live performance of the historic Gil Evans arrangements from the Miles Ahead, Porgy and Bess and Sketches of Spain sessions, garnered a Grammy Award for Best Large Jazz Ensemble Performance. As producer and conductor of the historic “We Are The World” recording (the best-selling single of all time) and Michael Jackson’s multi-platinum solo albums, Off The Wall, Bad and Thriller (the best selling album of all time, with over 50 million copies sold), Quincy Jones stands as one of the most successful and admired creative artist/executives in the entertainment world.