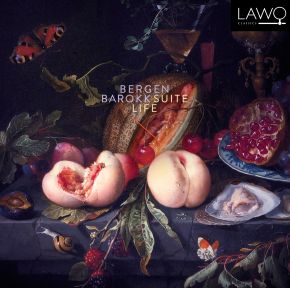 Bergen Barokk's second release on the LAWO Classics label Suite Life, takes us to the French court during the reign of the Sun King. Elegant conversation, music, painting, fencing and dance - the arts performed with a certain nonchalance - were the true test of aristocrats. The leading musicians during the Sun King's reign composed obligingly within the confines of strict protocols of style, though they were allowed to give their own personal touch. The suites on this recording are largely taken from the many great musical publications from the Paris of the early 1700's. The publications, which were released 'avec Privilege du Roy' reflect the grand balls, concerts, opera and ballet performances at the court and were well-received by a bourgeoisie filled with reverence for the luxurious and illustrious court life.