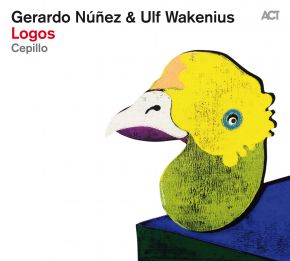 Unfamiliar combinations in music can lead to surprising, captivating results. At the “Jazz at Berlin Philharmonic” concert in October 2014, series curator Siggi Loch presented Swedish guitarist Ulf Wakenius in a new and unexpected role: as second guitarist alongside the undisputed master of flamenco nuevo, Gerardo Núñez. The combination of Wakenius and Núñez has succeeded in sending the Jazzpaña project off into a wholly new direction. The Tagesspiegel described the occasion as a “mighty fiesta.” Sparks definitely flew, Núñez had an appetite for more of the same, and he invited his Swedish colleague straight back to Madrid for the re-match.

This is the meeting of two superbly gifted virtuosi and absolute masters of their instrument:

Gerardo Núñez, originally from Jerez de la Frontera, has been called the crown prince of the flamenco guitar. Núñez is the natural and obvious successor to Paco de Lucía who passed away in 2014. He has not just renewed the centuries-old Spanish art form of flamenco, he has opened its doors, and let the winds of jazz, pop music and classical music blow in. For Núñez, co-operations which can lead to new inspiration have become something of a trademark. He has worked with operatic tenor Placido Domingo, with pop music idol Julio Iglesias and with John Patitucci, the star bassist from the world of jazz.

Now, in Ulf Wakenius, he has found his ideal partner, because the Swedish guitarist is a musician unusually receptive to new contacts and new ideas. Wakenius’ playing has always not just been inspired by the American jazz tradition but also by world music. Wakenius can play in just about any style he chooses, and always in a wholly individual way. His openness and versatility are the hallmarks of a quite remarkable career.

Wakenius has played alongside two bass icons Niels-Henning Ørsted Pedersen and Ray Brown,and for many years was a member of the legendary Oscar Peterson Quartet. He has also made his mark accompanying of singers such as Youn Sun Nah and Viktoria Tolstoy, and given free rein to his vagabond side in a duo with that unstoppable rising star of the accordion, Vincent Peirani.

Núñez has explained the name of the album. “Logos”, he says “describes the mystery of our meeting.” The word beckons the listener into the world the two have created through their intense conversation. They combine their musical vocabularies and create rhetoric, dialogue, narrative, discussion, definition and meaning.

“Logos” is also the meeting of two of the major guitarists of our time, two very different characters with both respect and curiosity for the other's music. They work so well together because each musician symbiotically extends the ideas of the other, and creates context and validity in the moment.

“Logos” might be unexpected, but it has developed its own logic, and that logic is irresistible.