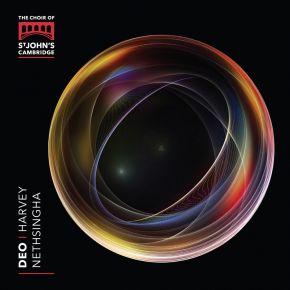 This new release launches The Choir of St. John’s College Cambridge’s new series of recordings. With this album, the choir explores the connection between the college and influential British composer Jonathan Harvey (1939-2012). The choir is joined for this release by organist Edward Picton-Turbervill, and conducted by director Andrew Nethsingha.