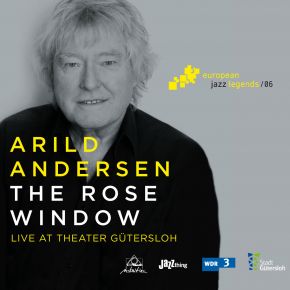 Among jazz fans, you can have a lot of fun arguing whether European Jazz is a useful counterpoint to the American tradition, an original supplement thereto, or is worth less than American jazz on the market. There is no doubt that there have been and are gifted musicians on the European Jazz scene, who have molded and formed jazz for decades. They have developed unique playing styles by merging European music traditions with American influences. This release is part of the “European Jazz Legends” series from Intuition. This project came about from fifteen issues of the magazine Jazz thing, wherein articles were written about prominent figures in European jazz. Arild Andersen is the sixth installment in the series. Arild Anderson was born in Norway in 1945 and has long been one of Europe’s leading bass players. He began his career as a member of Jan Garbarek Quartet, and playing in the local rhythm section in Oslo for visiting American musicians. He has recorded 21 al

Without a doubt, an absolute must!

"
20-09-2016 Jazzmozaiek
"The live recording is brilliantly recorded and you have a jewel in house which you can enjoy for hours in peace, serenity and depth. Because this is wonderful music on all faces and fronts."
13-08-2016 The Soundtrack of My Life
"Obviously this album is a must to all fans of Andersen´s musical universe and all connoisseurs of European Jazz at its best!"