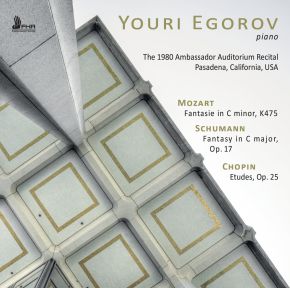 Russian born pianist Youri Egorov first came to international prominence as the clear favorite among the 1977 Van Cliburn Competition’s semi-finalists.
Egorov’s playing has drawn parallels with that of pianist Dinu Lipatti - both men gave their final concert performances at the age of 33, each knowing at the time that he was afflicted with a fatal illness and had but months to live.
1978 was the year in which Egorov’s career took flight. After his January début in New York the critics compared him to Horowitz, Richter and Rachmaninov.