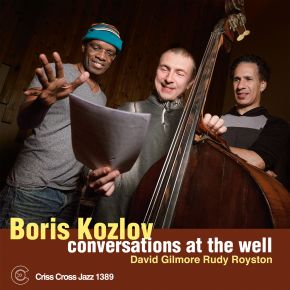 After 13 Criss Cross sideman appearances, including four with the all-star collective Opus 5, Boris Kozlov, one of New York's busiest and most respected bassists in a multiplicity of genres, makes his leader debut for the label with Conversations At The Well.