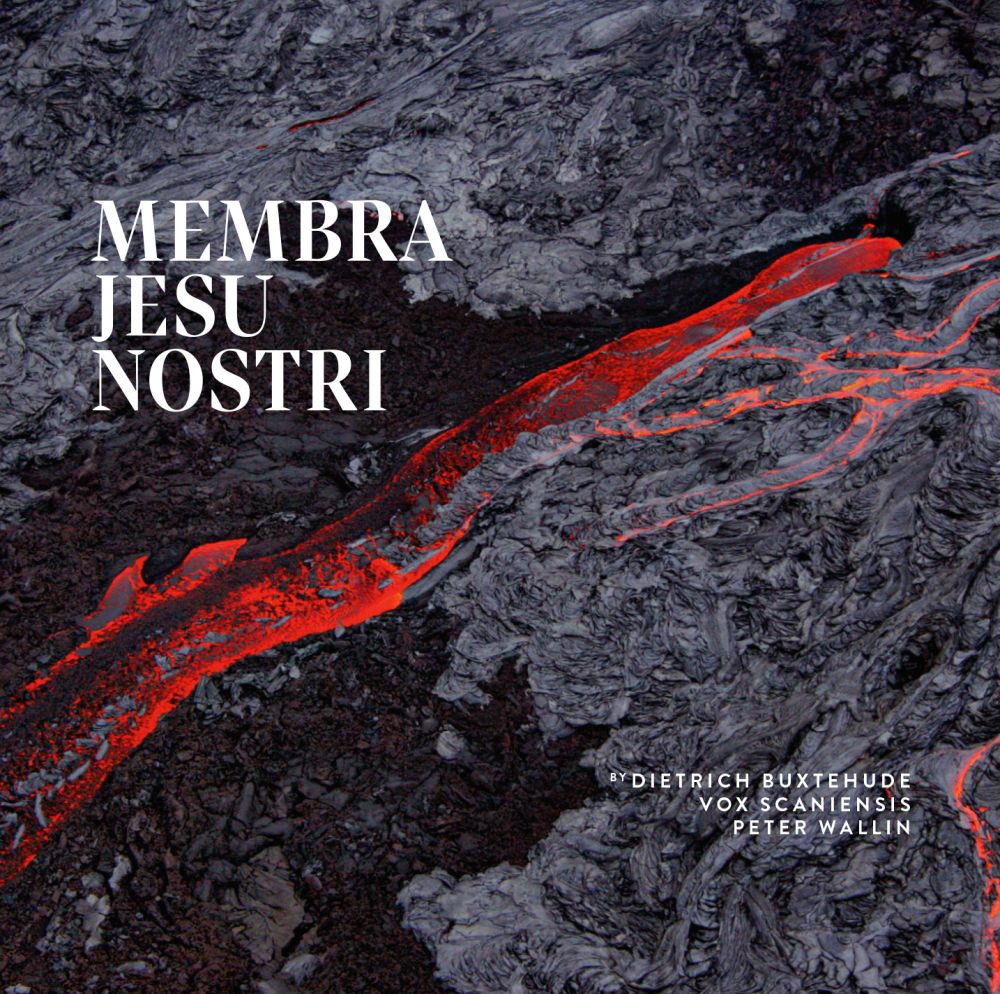 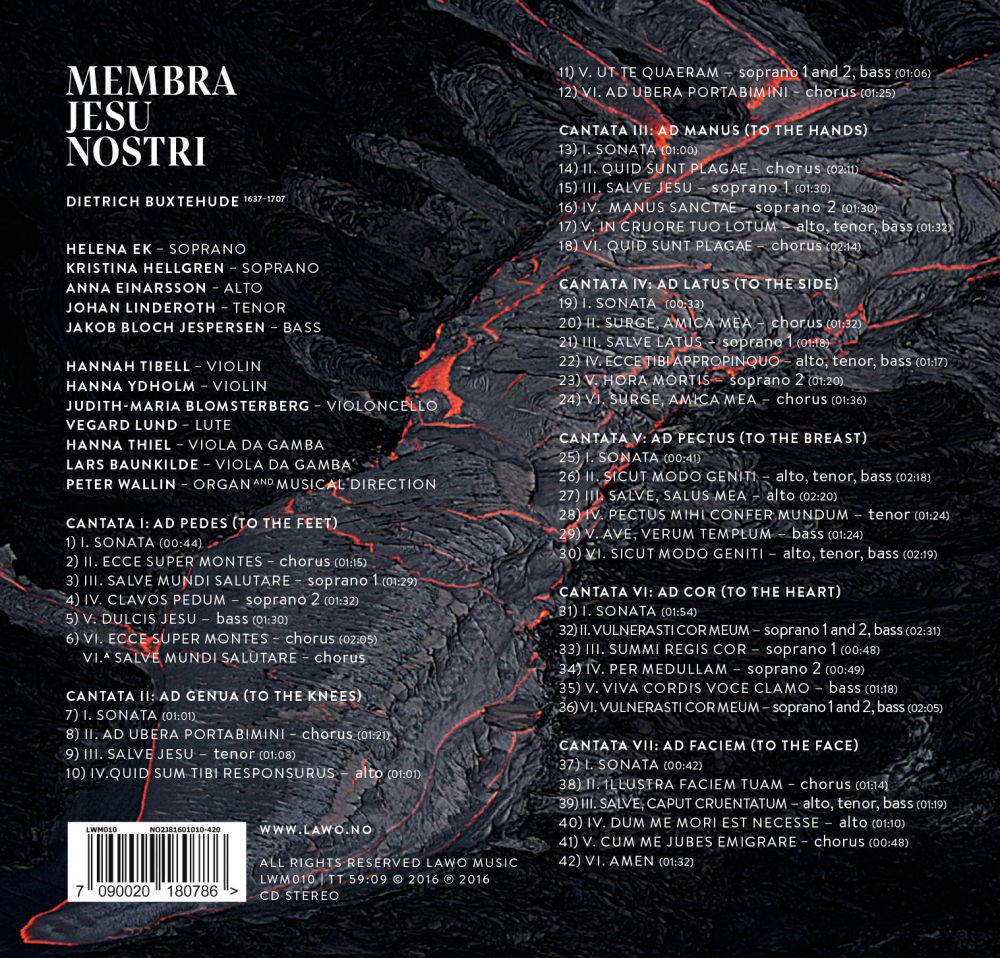 It is easy to imagine Dietrich Buxtehude’s enthusiasm when he received into his hands the text to Membra Jesu Nostri, which has been ascribed to Bernard of Clairvaux (c. 1090-1153). The text forms an account of the crucified limbs of Christ (feet, knees, hands, side, chest, heart and face) and its sensitive style relates strongly to sixteenth and seventeenth century Pietism, the central focus of which is emotion and passionate expression.
Membra Jesu Nostri has come to be known as Buxtehude’s possibly best vocal compilation, which is not surprising as it combines great intensity and fervour with his masterly ability to achieve vocal equilibrium in the most pleasing form.
'Membra Jesu Nostri' ist eine der bekanntesten Vokalwerke von Dietrich Buxtehude, da es die großartige Intensität und Leidenschaft mit seiner meisterlichen Fähigkeit der vokalen Ausgeglichenheit in zufriedenstellenster Form in sich vereint.

Solistensemblen Vox Scanienis has been active in the Malmö-Lund region for over 15 years. The ensemble was founded by Peter Wallin in connection with a television series production called Andetag (Breath) which was broadcast on Swedish television in 2002 and 2003. From the start the ensemble’s repertoire was comprised primarily by music from the Renaissance and Baroque periods but with time it has extended to include both Gregorian chants and contemporary musical pieces by Arvo Pärt, Johan Magnus Sjöberg, Olivier Messiaen and others. A number of compositions have been written with the ensemble directly in mind by Nils Tykesson, Stefan Klaverdal and Johannes Johansson. In the last few years, Vox Scaniensis has performed, several times per year, in the series Tidigt i Lund (Early in Lund) with music by Carissimi, Schütz, Monteverdi, Buxtehude, Purcell, Händel, Bach and others.
Peter Wallin (Organ & Musical Direction) is a church organist in the Malmö region. As a choirmaster he has extensive experience from, for instance, Lund Academic Choir, Schola Cantorum Scaniensis and the motet choirs of the churches of St John and Gustav Adolf with which he has performed a great deal of church music from the oldest Gregorian chants to first performances of contemporary music. In 2002, he founded the professional soloist ensemble Vox Scaniensis which performs music from the Middle Ages, Renaissance and Baroque periods but also new music which is sometimes composed with the ensemble directly in mind. Together with Johan Linderoth he has initiated the series Tidigt i Lund (Early in Lund), and performed in a number of concerts with music from the Middle Ages, Renaissance and Baroque periods, primarily in the Church of St Peter’s Monastery in Lund (Klosterkyrkan).