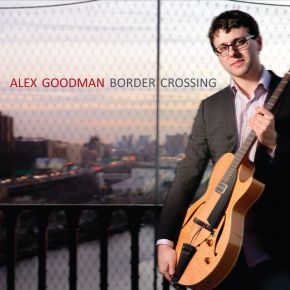 Winner of the 2014 Montreux Jazz Festival Guitar Competition for his playing and the 2013 Herb Albert Jazz Composer Award for his writing, Alex Goodman brings them both together in this set of original compositions reflecting on the transitional period during his move from Toronto to New York in 2012. Connecting favorite musicians from Canada and New York, the music draws heavily on his rich musical upbringing as a member of Toronto's eclectic jazz community and the interaction with his experiences over several years in New York. A wide-ranging project with modern classical, jazz and world music elements, along with instrumentation including cello, vibes and voice, "Border Crossing," in the end, is a truly personal statement with a soul that can resonate with all.