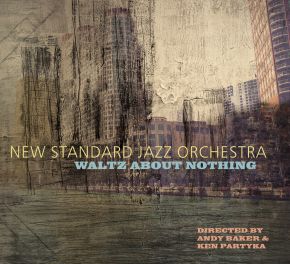 Since its inception in 2013, the New Standard Jazz Orchestra has emerged as a serious musical force in Chicago, one with a voice all its own. Co-led by saxophonist Ken Partyka and trombonist Andy Baker, the band is filled with some of Chicago's finest musicians, composers and arrangers, several who provide the majority of the band's repertoire. Through their monthly residency at the famed Jazz Showcase, NSJO's arrangers mine the ensemble for subtle textures and colors, starting out simply and building in complexity, drawing on musical devices that range beyond the typical as they establish rich backdrops for solos by world-class improvisors such as John Wojciecowski, Marquis Hill, Mark Colby and Tom Garling.