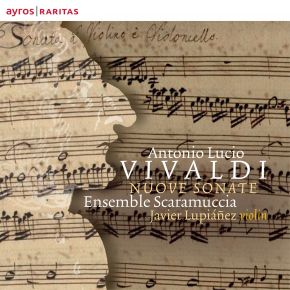 The ensemble Scaramuccia began in 2013, thanks to violinist Javier Lupiáñez's quest to rediscover the lesser-known baroque repertoire. Scaramuccia's purpose is to bring back to life the repertoire of which one could listen not only in the most refined circles, but also in the taverns and on the streets of the baroque past. Along with Vivaldi, this release features Prete Rosso's recently-rediscovered works. This recording is aiming to be part of the new history, featuring these recently discovered works.