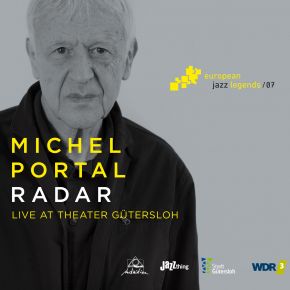 Among jazz fans, you can have a lot of fun arguing whether “European Jazz” is a useful counterpoint to the American tradition, an original supplement thereto or “is worth less than American jazz on the market” as it can be read in a Wikipedia forum. There is no doubt that there have been and are gifted musicians this side of the Atlantic, who have molded and formed jazz for decades. They have developed very unique playing styles by merging European music traditions with American influences. To give these pioneers of European jazz a stage was the idea for the series of articles “European Jazz Legends,” which has been launched in the magazine Jazz thing on their 100th issue in September 2013. Accompanying each edition of the magazine a concert is planned especially for the occasion is organized and the highlights recorded and released. The multi-instrumentalist from Bayonne, who had turned eighty just a few days before the interview, masters various clarinets and