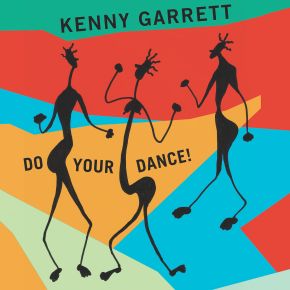 Do Your Dance! (vinyl)

Kenny Garrett and his band are known worldwide to entice audiences to make them want to get up and groove. Be it in Spain where a Cameroonian leapt up and broke out some African moves and was joined by a break-dancer; in Germany where a trained ballet dancer was brought to his feet; in Poland where a fan literally jumped from the balcony onto the stage—the spectacle is always the same: the spirit takes over and the movements come naturally. It is this spirit that Garrett has instigated and witnessed from stages around the world that fills Do Your Dance!—the saxophonist’s fourth for Mack Avenue Records. “I look out and see people waiting for the songs that they can party to and express themselves,” confirms Garrett, the nine-time winner of DownBeat’s Reader’s Poll for Alto Saxophonist of the Year. “Do Your Dance! was inspired by audiences moved to rise from their seats and ‘lift a foot!’ Some are reluctant to participate because they think that others are better than they are. I tell them, ‘Do your dance.’ That means even if you have to ‘stay pocket,’ do the Funky Four Corners or the Nae-Nae, don’t worry about what the other person is doing. Let it all hang out and ‘do your dance!’”