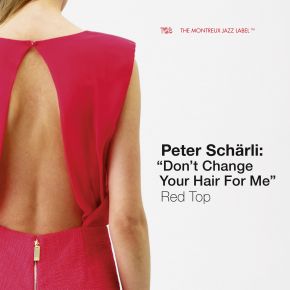 The precise lines of the trumpet, the voice, the guitar and the bass on this album are just as fantastic, clear-cut, and bewitchingly sensual. Each note hits home. Or, in the words of the bandleader: 'Our music is peculiar, physical, vulnerable, nuanced, sexy, modest, honest, transparent, direct.' Not a sound is redundant, not a sound is missing. Listeners who surrender to this music and open up to the seemingly unspectacular will be deliciously rewarded. The interplay among the four lines creates a space full of sensuality, a musical imagery, and a highly emotional swing that are erotic from the first note to the last. Sandy Patton's dark and warm voice, in itself, is a pleasure: its timbre, its simplicity, the natural, casual and sometimes almost lascivious way in which it transforms standards into her own, great art. Peter Scharli's trumpet, his brilliant and always perfectly certain tone, soft and snug, far from any harshness or bite, turns every melody into a gem - cool and attractive. Guitarist Antonia Giordano and bassist Thomas Durst play with just as much quality: both receive far too little attention on the jazz scene. With their music, clear as glass, they are much more than the ideal complement. Female jazz guitarists are rare, and Antonia Giordano is unique in her straightforward, unaffected use of the instrument and the way she sometimes uses her voice in parallel. Thomas Durst, who has played with Scharli for years in various groups, is convincing here, too, with his robust, expansive, and grounded bass, his enormous groove, his swing. Don't chagne your hair for me - playing with Eros.