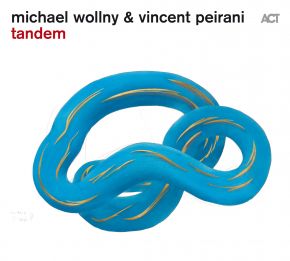 Both German pianist Michael Wollny and French accordionist Vincent Peirani made a name for themselves in the others homecountry. Wollny’s highlight was being awarded European Jazz Musician of the Year 2015 by the Academie du Jazz, which represents jazz journalists in France. It is worth noting that France’s home-grown stars normally make hardly any impact in Germany either. The statistics of Peirani’s touring schedule show why that is: he gives at least 150 concerts per year in his own country, which means he already has quite enough on his plate. That said, Peirani’s music has definitely struck a chord in Germany, and his performances have been greeted with huge enthusiasm. He was awarded the much-coveted ECHO Jazz 2015 for the best European Ensemble of the Year for his duo album with Emile Parisien “Bell Epoque,” and was the subject of two separate profiles on German national TV. This duo of superb musicians can simultaneously be highly refined, and yet compl