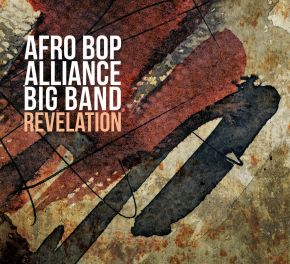 Formed as a septet, Drummer Joe McCarthy's Latin Grammy Award­winning Afro Bop Alliance expanded to a big band for two of its five previous releases. For their sixth, McCarthy adds further to the palette, blending stellar rhythmic creations and powerful, resonant horn voicings with steel pan virtuoso Victor Provost's pan quartet on two of his original compositions. Along with other music by Roland Vazquez, Vince Norman/Joe McCarthy, and Luis Hernandez, "Revelation" explores the unique combination of big band and steel pan as one, in a diverse recording that takes large ensemble writing and performance to a new level.

The music is antsy and anything but suitable for a dinner party, but an absolute feast of sounds and rhythms.