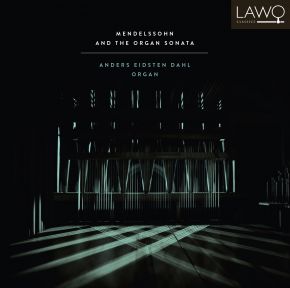 Mendelssohn and the Organ Sonata

It cannot be said that Mendelssohn was the most innovative composer of his time. His style is 'pure' and anchored in the classical tradition. Nonetheless, he became an important organ composer. Following the publication of Mendelssohn's Organ Sonatas, Op. 65 in 1845 and up to Max Reger's Sonata No. 1 for organ of 1900, more than 260 sonatas were composed for the isntrument in Germany alone. The six organ sonatas of Mendelssohn were published concurrently in England, Germany, France and Italy, underscoring the high regard in which the sonatas were held at the time. This album, which contains the six Organ Sonatas, Op. 65, as well as nine pieces without opus numbers, were recorded on the new Eule Organ in Sofienberg Church, Oslo, Norway.

The performances themselves are very fine, aptly capturing the composer’s spirit, and well recorded.