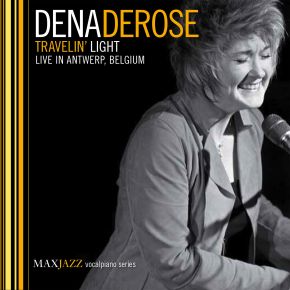 Dena DeRose’s new solo recording, Travelin’ Lightfeatures her in the intimate venue, The Chromatic Attic in Antwerp, Belgium. For this recording, DeRose digs deep into the Great American Songbook unearthing some little-known gems along with other well-known classic compositions.