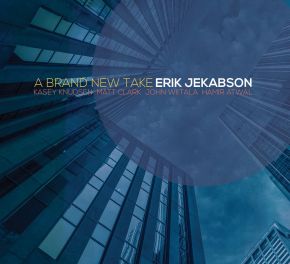 Over the past decade, composer and trumpeter Erik Jekabson has been at the center of a daunting array of creatively charged musical situations that consistently attract the Bay Area's most incisive improvisers, like the cast that joins him here on his fifth album as a leader. The album’s surging post-bop opener “Streamlined,” introduces the quintet's front line with Jekabson and saxophonist Kasey Knudsen, propelled by crisp work from the fierce rhythm section featuring pianist Matt Clark,  John Wiitala on bass, and the extraordinary young drummer Hamir Atwal. Besides his work as a leader, Jekabson has contributed to many albums as a sideman, including projects by trombone legend Gracham Moncur III,  Marcus Shelby, New Orleans funksters Galactic, and singer/songwriter John Mayer, with whom he toured for a year. He also runs the Electric Squeezebox Orchestra whose debut recording was released in 2015.