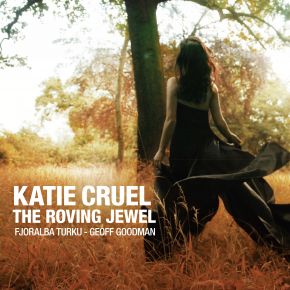 Who is Katie Cruel? A real person? The pseudonym of an artist? Neither. This is the title of a folk song from the last century, which came to America via Scotland during the period of the Civil War. It deals with a mysterious woman whose social behavior did not necessarily coincide with social norms. However, that is precisely the reason why it is unique and difficult to define. The musical liaison between the American guitarist Geoff Goodman and the Albanian singer Fjoralba Turku is also called 'Katie Cruel' now. As a result, fruitful and successful collaboration of many years has finally foun dan appropriate name. Not like those jazz bands who call themselves after the initiator of the respective project and then add a conservative term such as 'Quartet', 'Trio' or 'Duo' behind it. Or those who want to appear smart, trendy and modern and give their ensemble a peppy, ganish name. No, simply Katie Cruel. It fits. It directs you neither to this nor that pigeonhole, because Goodman and Turku are also actually unique in their own way, do not fit into any pre-conceived pattern and their musical philosophy is even more difficult to define than previously, especially just after their debut album 'The Roving Jewel'.