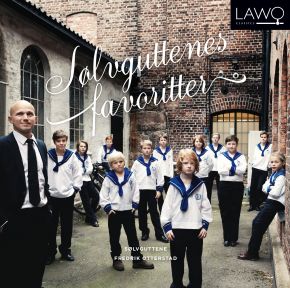 Most Norwegians associate Sølvguttene primarily with Christmas. No wonder, we have sung carols to mark the beginning of Christmas since the 1960s. We are, however, active all year round. When we toured the West of Norway in the late summer of 2015, it would have been untimely to sing Christmas carols, likewise when we visited the USA a few months later, and when we performed in Rome in the spring of 2016.

Any choir that is active throughout the year must have a broad repertoire well suited for all seasons and occasions, and as we have approximately 150 performances throughout the year, spanning from weddings to funerals, receptions to masses, and long concerts to short stunts, our repertoire extends from pieces from the Early Middle Ages to contemporary works, by Norwegian and foreign composers, both sacred and profane.

After concerts we have often been asked by members of the audience whether the repertoire of the evening’s concert is available on CD, and too often we have had to say no. Finally, it is here: Sølvguttene’s own favourites. Enjoy!