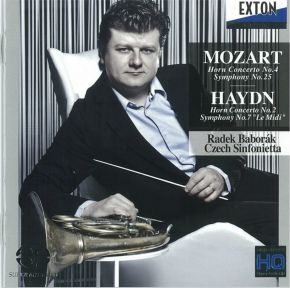 The horn player and conductor Radek Baborák is one of the most outstanding figures on the classical music scene. Since beginning his solo career over twenty-five years ago, his extraordinary musical performances have enthralled audiences in the most important cultural venues around the world. He has collaborated with many distinguished conductors, including Daniel Barenboim, Seiji Ozawa, Simon Rattle, Neeme Järvi, James Levine, Vladimir Askhenazy, James de Priest and Marek Janowski.