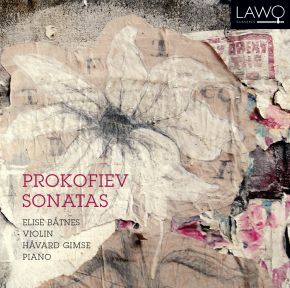 While Prokofiev's first violin sonata was meant to sound 'like wind in a cemetery', the second, written as a flute sonata, is characterized more by cloudless skies and an absence of concerns. Both are dedicated to the legendary violinist, David Oistrakh, who played parts of the first sonata at Prokofiev's funeral. On this recording, the Five Melodies serve as the transition between light and darkenss. The work was originally a wordless vocalise written while Prokofiev was living in the USA. It was arranged for violin and piano during his years in Paris.