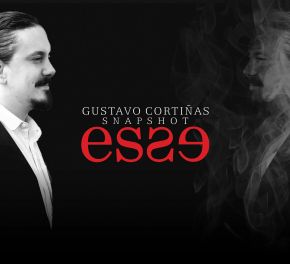 Fusing two of his loves - music and philosophy - drummer Gustavo Cortiñas gathers fellow musicians from his adopted home of Chicago to contemplate, through composition and improvisation, the relationship between essence and being. Inspired by the ongoing dialogue of some of the most brilliant minds in western philosophy, Gustavo composed music to illustrate their concepts of 'being' and the effect those thoughts had on the formation of metaphysical, ethical, and moral theories. Born and raised in Mexico City, Cortiñas graduated with honors from New Orleans' Loyola University and moved to Chicago in 2011 to pursue his Masters at Northwestern University. "A Smörgåsbord of the moods and nuances that make up the human experience... intrinsically fusing the personal to the universal..." Jazziz Magazine.