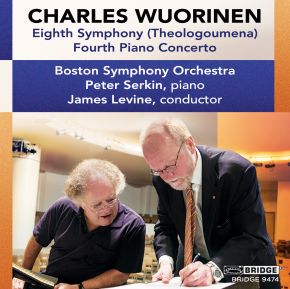 In 2004, James Levine became Music Director of the Boston Symphony Orchestra. Levine immediately began to commission major new works from leading American composers, including the two works recorded here. Wuorinen's Fourth Piano Concerto, written for the BSO, James Levine, and longtime Wuorinen collaborator Peter Serkin, was one of the first of the BSO commissions Levine conducted with the orchestra, in 2005. This was followed two years later by the Eighth Symphony (Theologoumena), a BSO 125th anniversary commission premiered under Levine's direction in 2007. These spectacular recordings document the premiere performances of both of these works.