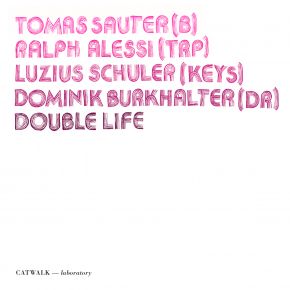 You only live twice... Half a century ago this used to be the slogan with which movie trailers were advertising the eponymous James Bond classic. At the same time Joe Zawinul joined up, on Fender Rhodes, with the band of Miles Davis who was about to start his second or third life as a trend setting artist playing his trumpet through effect devices. The electric bass was recently established in jazz music and the era of fusion music was launched. One could say that all this is ancient history but some might argue that it should nonetheless not be forgotten about. Because despite the vast mass of jazz productions in present time jazz only few artists are able to emerge from the shadows of jazz icons. And only a very small circle of artists is capable of catching people's attention through authenticity and musical personality, in the echo of the great traditions. Without any doubt Tomas Sauter belongs to this illustrious circle of artists. A gifted composer, interpreter and