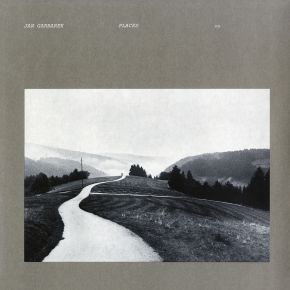 Recorded in 1977 in Oslo, Places was an important album for Norwegian saxophonist Jan Garbarek, and  - with its stellar line-up including Americans Jack DeJohnette and Bill Connors  -  one that also drew significant attention in the US.  “How does Garbarek set up his floating dreamlike moods?” asked Down Beat, and proceeded to itemize components of this “eerie, desolate, bleak” music:  “John Taylor plays sustained legato chords, much more like Lutheran church music than, say, Jimmy Smith. The organ provides a backdrop of shifting sonorities…DeJohnette’s playing is airy, concentrating on cymbals, creating shimmering webs of rhythm. Up front is Garbarek, the only real solo voice. He speaks slowly, with attention to detail. He has a fine sense of pitch, so that when he ornaments a note with a bend, a slur or a grace note, it is done precisely, consciously…”  The album stands as one of Garbarek’s strongest statements as a player.  Reviewing Places in 1978, Don Heckman wrote in High Fidelity that Garbarek was “easily the best sax player to emerge from Europe in the last decade.''