The code is valid one time and valid for a 10 days after receiving the promotioncode. Your emailaddress will only be used by Challenge Records International and will not be given to 3rd party advertisers. If you have any questions please contact us.
TITEL CD is added to your cart.
1320096473 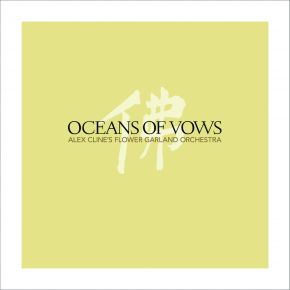 Alex Cline’s Oceans of Vows is a deluxe box set of music drawing inspiration from four poems by Buddhist teacher Thich Nhat Hanh, as well as excerpts from the Buddhist text known as the Avatamsaka Sutra. It’s performed by composer/percussionist Alex Cline and his all-star 14-piece Flower Garland Orchestra, featuring his twin brother, guitarist Nels Cline (of Wilco) and many other stalwarts of the L.A. creative music community. The first performance was on Thich Nhat Hanh’s 89th birthday at the 2015 Angel City Jazz Festival and was offered as both a birthday gift and a benefit event to raise funds to help defray the cost of Nhat Hanh’s rehabilitation effort following a severe stroke suffered in 2014. The composition and recording was made possible by a grant from the Shifting Foundation.