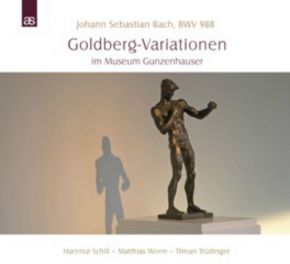 '...Therefore, the Baroque period (and in particular the present work, Johann Sebastian Bach's 'Goldberg Variations') teaches us how one can approach music in an insightful manner. First of all, one should bear in mind that this composition thematizes the aspect of change, drawing the theme from its variations. Nothing is as it once was, and yet there is a common foundation of the fundamental pitches of the Aria, which bring an organic cohesion to the Goldberg Variations. Navigating change was already a way of displaying consummate artistic abilities in the Baroque period. In the competent hands of the performer, a work could be illuminated from various perspectives, and within the context of prevailing performanc epractices also instantly subjected to transcription. Doesn't the figured bass already display the craft of filling out a musical line and its ornamentation? So many performing musicians were considered to be great artists if they knew how to playfully navigate issues of ornamentation and affect, operating wtihin the practices of their time of adherence to rules and freedom, or introducing new styles into the predominant musical cultures in a convincing way. The Goldberg Variations are an example of this playfulness, which can already be witnessed in their compositional origin. For Bach indicated in 1742 that the pieces were intended for 'connoisseurs, for the refreshment of their spirits'. What emerged was a powerful cycle of 30 variations of a 'somewhat cheerful character', written at the request of the Count Hermann-Karl of Keyserling, a Russian envoy to the Dresden court. Bach fulfilled his intetion: the delight in these pieces lasts until today, and a spirit of changeability...' (Alexander Keuk)