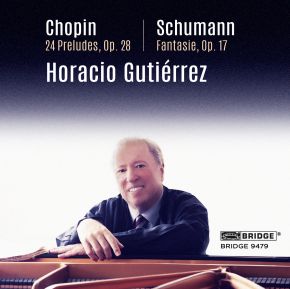 The Cuban-American virtuoso Horacio Gutiérrez is a legendary figure in the piano world. After taking the Silver Medal at the 1970 Tchaikovsky International Competition, Gutiérrez embarked on an international touring career that saw performances with nearly all of the world's great orchestras and conductors including Maazel, Rostropovich, Masur, Levine, Rozhdestvensky, Ormandy, Gergiev, Ozawa, Previn, Leinsdorf, Tennstedt, Ashkenazy,
Barenboim and numerous others. Gutiérrez has recorded very infrequently, and these new recordings reveal a great poet-virtuoso at the height of his musical powers.