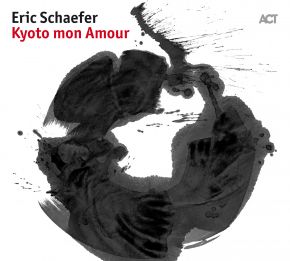 From Kyoto with Love
Eric Schaefer is much more than just a drummer who accompanies: he is an instigator, a composer and a creator. One critic called him the “central shining star of the German jazz scene.” He certainly brings wide-ranging inspiration to it. The music, philosophy and religion of Asia, and especially Japan have fascinated him for a long time, and he has undertaken several journeys of study there. In “Kyoto mon Amour” this passion is now documented on record. With Japanese musicians, he takes on the challenge of building bridges between Japanese and western music.