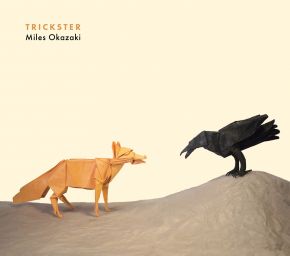 Trickster is guitarist Miles Okazaki's first album in five years and his much anticipated debut on Pi Recordings, having been featured on six other releases in the label’s catalog in groups led by Steve Coleman, Jonathan Finlayson, and Dan Weiss, along with associations with other Pi artists such as Matt Mitchell, Jen Shyu, and Amir ElSaffar. Perhaps best-known as a member of Steve Coleman and Five Elements, with whom he has played for the last eight years, Okazaki has also built a solid reputation for himself as one of the most adventurous composers and guitarists on the current scene. The New York Times says of Okazaki, "Even by the standard of his hyper-literate post-bop peer group, Mr. Okazaki is an unusually calculating musical thinker," and as a guitarist, "exceedingly skilled with a head for rhythmic convolution."

Craig Taborn (featured)More information
17-10-2017 Draai Om Je Oren
"A highlight of the latest edition of the North Sea Jazz Festival was absolutely the carte blanche for the New York-based Pi Recordings and the two brains behind it: Seth Rosner and Yulun Wang."