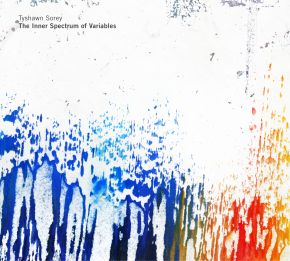 The Inner Spectrum of Variables

Composer/drummer Tyshawn Sorey is widely considered to be among the most important young artists at the intersection between composed and improvised music. The New York Times called his music “gestural, and philosophical” and his prior release, Alloy (Pi 2014) elegant and shadowy. Not only is he one of the most in-demand drummers on the modern jazz scene regularly performing with Vijay Iyer, Steve Lehman and Myra Melford, among many others, and was named the number one Rising Star Drummer in the 2015 Downbeat Critics Poll  he is also one of a select group of jazz musicians who has pursued composition at the highest level: Sorey has an MA in Composition from Wesleyan University and will receive his Doctorate in Music for Composition from Columbia University in May, 2017. He is a 2015 recipient of the Doris Duke Impact Award and was recently appointed to a tenure track professorship at Wesleyan University, where he will be taking the place of the recently retired Anthony Braxton starting in the fall of 2017. He is an exemplar of a new breed of improvising artists who successfully straddle the contemporary classical realm: In addition to leading his trio at the venerable Village Vanguard in 2015 and the Newport Jazz Festival later this year, he has performed with the International Contemporary Ensemble (ICE) and will be appearing with the Leopoldinum Chamber Orchestra (Wroclaw), Klangforum Wein (Vienna), and Ensemble Intercontemporain (Paris). He has composed for members of the TAK Ensemble, and his work Josephine Baker: A Personal Portrait will be performed by ICE and soprano Julia Bullock at the Ojai Festival in June 2016.