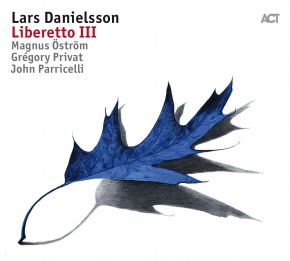 For Lars Danielsson, that consummate craftsman of sound on both cello and bass, the power of music resides in melody. It is the heart from which everything else develops, and his ‘Liberetto‘ ensemble has stayed true to this principle again in its third album. All twelve tracks are compositions by him, and they sum up what ‘Liberetto‘ is all about: through keeping structure and freedom in such a fine balance, the musical expression acquires an almost weightless sense of poise and easefulness. And binding it all together is the wonderful interaction of the musicians. Whether they are playing unison lines, solo-ing and accompanying, or engaging in interplay, the ball is generously and deftly passed from one player to another.

“The band has developed massively since 2012,” reflects Danielsson. “We have played together so much, we all seem to have a sixth sense now. And that helped us to make the new album more varied and colourful, to take off in even more directions.” However, one member of the original quartet is no longer there: “Tigran, the pianist on both of the first albums. But it happened that Danielsson became aware of the extremely talented French pianist Grégory Privat. His origins are in the Caribbean island of Martinique. “He is a fantastic addition. Grégory is a hugely gifted storyteller at the piano, with loads of rhythmic sensitivity.”

“Lars Danielsson has a knack of forming great bands", Stuart Nicholson wrote in Jazzwise in 2014.“He manages to realise the potential of his musicians in directions even they had not imagined.” With ‘Liberetto III‘, he has done it again, and produced a beautifully constructed, and yet deeply felt album.