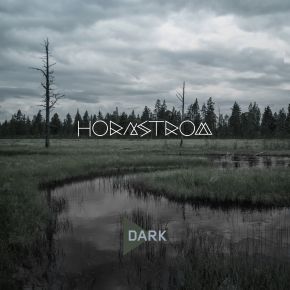 Two trombones, bass and drums – that suffices completely! No piano or guitar. Nobody misses them, not for a second! Astounding with this somewhat idiosyncratic formulation, Hornstrom has surprised and thrilled every listener with this fresh, unconventional four man orchestra for the past 11 years. With the richness of their sound of their current CD "Dark", the ideal of the band, the members of which used to like wear bathing caps and called themselves "proficient swimmers", is inevitably ascending to provisional heights.

Because Klaus Heidenreich, Tobias Wember, Silvio Morger, and Markus Braun have actually succeeded with "Dark” in creating something like a comprehensible quadrature of a circle: combining the highest degree of compositional diligence with the unconditional desire for improvisational freedom as well as the greatest possible virtuosity in the handling of the instruments with a casual portion of humor, which can sometimes also take refreshing self-mocking twists.  All factors that Hornstrom purposefully but never audibly cramped acquired during its quite long existence in addition to a number of awards (e.g., Biberach Jazz Prize and "New Generation" Jazz Prize Straubing).

The eight songs—all self-compositions by the trombonists Wember and Heidenreich—meander somewhere on the edges of modern jazz, rock, minimal music, and drum'n'bass without wanting to join the general trend of cross-bordering. It just happens, more consistently than ever. To mold clear musical structures with sober and at the same time elegiac elements into a homogeneous band sound is the declared goal, Tobias Wember stated. It need not be a contradiction by any means if the guys of Hornstrom place the development of the four individuals in the foreground precisely in this mature collective.

In fact, a lot has happened and a lot of water has flowed down the Rhine near Cologne since the debut CD "Endlich Sinnfrei" (2008). The playful sound of once has given way to a relaxed, or—as Wember expresses it—"honest" sound, which makes the ensemble pleasantly different from those, which mostly only attract attention with shrill effects and fulminating symbolism. Compositions such as the title song, "Optimistic", "Cloud Above The Zoo", "Restive Region", "Dystopia", "Snug", "Faith Hope" and "Perky" live from their great, varied narrative arcs, in which a lot of familiar things also appear in addition to new, amazing valuables. This is the reason why many unexpected spaces are developed for exciting and fascinating duo improvisations in particularly successful moments.

According to the wishes of the busy four, Hornstrom is to work "project-oriented" in the future and go on a small tour twice a year. Wember: "This is necessary simply due to the spatial situation, since we now live in four different places and this form of collaboration seems to be that much more meaningful and productive." Here’s to the firing their creative impulses in friction and common understanding again and again!