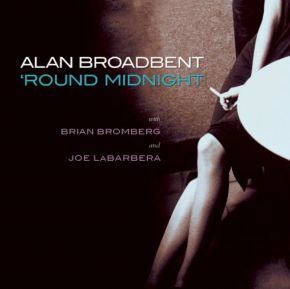 Two-time Grammy winner Alan Broadbent continues to display his melodic touch on the beautifully recorded Round Midnight. Known for his legendary playing with Woody Herman, Irene Kral, Chet Baker, Charlie Haden and countless others, Broadbent has recently been called upon by Linda Ronstadt, Diana Krall, Natalie Cole, and Michael Feinstein for his piano, arranging and conducting skills. Round Midnight is the perfect follow-up to Broadbent's Grammy nominated 2004 release You and the Night and the Music. Produced by Brian Bromberg, who plays bass on the recording, Round Midnight also features Joe LaBarbera, who rounds out the trio on drums.