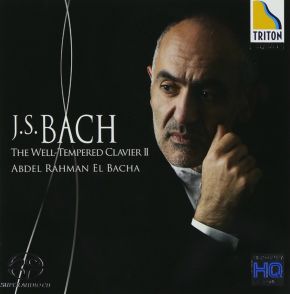 Pianist Abdel Raman El Bacha has a strong following in his native Lebanon, his adopted France, and apparently in Japan, where he has made several recordings for the audiophile-oriented Octavia label. His artistry relies on subtle layerings and graceful turns of direction rather than on sheer power, and the Super Audio medium definitely showcases him at his best. This is true even in Bach's Well-Tempered Clavier, Book 2, which is not usually given wide dynamic range. El Bacha has specialized in Romantic repertoire, and his Bach is definitely of the old school, with liberal use of the pedals, a range of pianistic articulation, and swelling climaxes in the music.