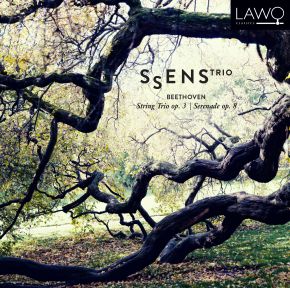 Over a few short years of the 1790s, Beethoven devoted special attention to a genre to which he would not return later in his life: the string trio. Five large-scale compositions would be the result. The first two, which are the subject of this recording, had likely been committed to paper by the time Beethoven travelled to Vienna to study with Haydn. Their formal aspects alone seem to link them to the suite form of the Baroque more closely than the last three (op. 9), in which Beethoven cultivated the classical sonata form, albeit somewhat removed from the essentially entertaining “serenade style” (the Notturno) refined by Mozart.