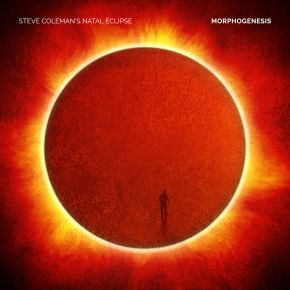 Alto saxophonist Steve Coleman is widely considered to be among the most influential artists in jazz. He was the recent recipient of three prestigious awards: a MacArthur Fellowship, Guggenheim Fellowship and Doris Duke Performing Artist Award. This comes at a time when Coleman is at a creative peak, incorporating a lifetime of research into African diasporic culture while also developing new composition methods based on visualization and improvisation.

Morphogenesis is the follow up to Synovial Joints, which was named the #1 jazz release of 2015 by the New York Times, as well as the top ten at NPR, Downbeat, Popmatters, Slate, and The Nation. Like on that release, Morphogenesis expands Coleman’s compositional scope to incorporate musicians more associated with contemporary classical circles: In addition to select members of his long-running band, Five Elements, he has added vocals, violin, clarinet, piano and classical percussion to the mix. Coleman often draws inspiration from physical movement found outside of musical contexts, and in this case, many of the compositions stem from a variety of motions – the feints, jabs, bobbing, weaving and variety of punches -- found in boxing. The absence of a trap drum set results in music with more air and transparency, without sacrificing one bit of the profound swing and groove that is part of all of Coleman’s output.

Steve Coleman (composer)More information
27-10-2017 Jazzenzo
"A new and adventurous masterpiece of one of the biggest influencers of contemporary jazz!"
17-10-2017 Draai Om Je Oren
"A highlight of the latest edition of the North Sea Jazz Festival was absolutely the carte blanche for the New York-based Pi Recordings and the two brains behind it: Seth Rosner and Yulun Wang."
20-07-2017 Rootstime
"This album is an absolute recommendation, Steve Coleman experts don't need to be convinced but maybe others do! "
07-07-2017 De Volkskrant
"Alto saxophonist and composer Steve Coleman continues to amaze with music that not only requires a lot of the musicians, but at least as much of the listener."
30-06-2017 BRF 1 Radio
"Jazztime: Labelportrait - PI Recordings. Werner Barth introduces the New York label that has been invited this year to the North Sea Jazz Festival and is being presented in Rotterdam with four acts."