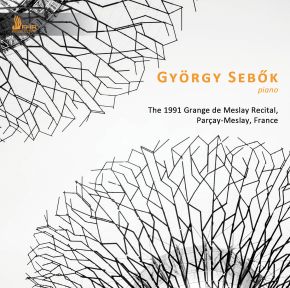 György Sebők (1922-1999) was a Hungarian-born American pianist who was also renowned as a teacher and giving of masterclasses. He made over 16 recordings for the Erato label as a soloist, early in his career. He has received many honours and awards throughout his life in recognition of musical life.
“one of the greatest pianists in the second half of the century, if not the greatest”, in the view of a fellow Hungarian, his fellow pianist Livia Rev.
Cellist Janos Starker, with whom Sebok played for 60 years, pulled ever fewer punches: “First-hand, secondhand or in recordings, György Sebők is the greatest pianist who ever lived.” and also “one of the greatest teachers of all time”